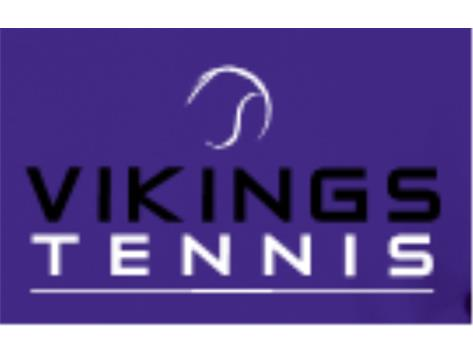 The Vikings Boys Tennis season has resumed after their season was canceled last year due to the COVID-19. This year will be a little different, as masks have become the norm. Although IHSA has made masks optional for matches and practices, many players will still wear them.

Although wearing masks during practice may be difficult at first, Senior Elliott Parrish said, “After a while, it just feels like second nature,”.

While Juniors and Seniors had the opportunity to play matches two years ago, this will be the first time for Sophomores.

Sophomore Ariel Strubel Iram says, “Since I didn’t have the chance to play last season it will be exciting to go against other schools instead of just playing people on the team,”.

This year’s team has fewer players than usual, as the pandemic has caused a major disruption. This is a problem that many teams are facing all around the conference and state.

The Vikings lost their first match which was against Evanston at home, but they will have plenty of opportunities to bounce back. They have an upcoming Quad coming up this Saturday at Rolling Meadows.

The Conference tournament this year will take place on May 28 and May 29. This year the Vikings will be competing in the north division of the Central Suburban League.

Select members of the team will compete at Sectionals which will take place in the beginning of June. Here they will try to qualify for State by finishing in the top 4 in singles or doubles.

Above all, despite the circumstances the team has faced, the Vikings Boys Tennis team are excited to get back into action as they will be playing for the first time in two years.