Birds of Prey: A movie to make time fly by 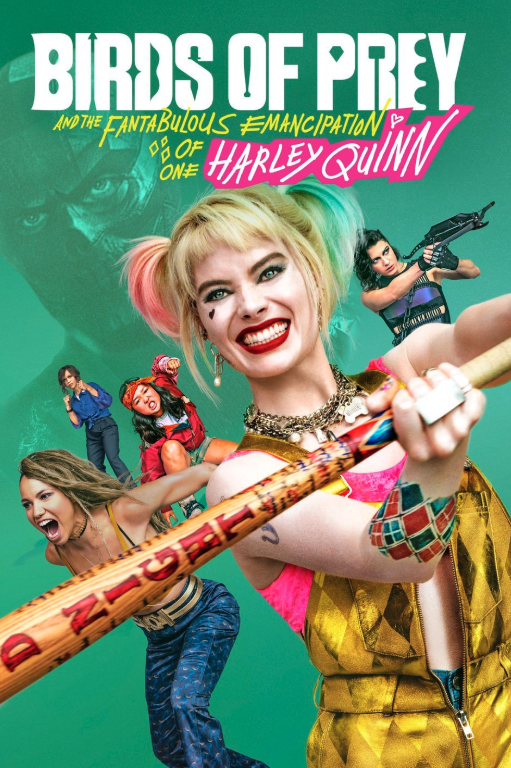 Harley Quinn: Birds of Prey, directed by Cathy Yan, was released to theaters on February 7, 2020, and is now available on digital due to COVID-19 causing theaters to get fewer customers.

The movie follows Harley Quinn breaking up with the Joker, and since she no longer has the Joker’s protection, everyone who she has ever wronged is now going after her. Harley has to run all over Gotham City to not get killed. She meets with other women who are dealing with their own problems, and they join together to go against Black Mask, a villain who wants to create the biggest criminal empire in Gotham.

Compared to other DC movies, Birds of Prey is better, but it felt like a let down for me and could have been more.

Margot Robbie, of course, gave a solid performance as Harley Quinn as she did in Suicide Squad. She was good in comedic timing and makes a good main character.

Unfortunately, the other characters in the movie don’t get to shine too much compared to Harley Quinn so it’s hard to judge their performances. Renee Montoya (Rosie Perez) is the no-sense cop going against the system, Black Canary (Jurnee Smollett-Bell) is an employee of  Black Mask, Cassandra Cain (Ella Jay Basco) is an orphan pickpocket, Huntress (Mary Elizabeth Winstead) is an assassin that has a deeper backstory, and Victor Zazz (Chris Messina) is the sadistic loyal right-hand man of Black Mask.

My favorite performance of the movie was Ewan McGregor’s performance as Black Mask. He was completely villainous, and I was entertained in each scene he was in. He is the best villain from the new DC Cinematic Universe so far, unless you count Arthur Fleck from Joker(2019) as being a part of the DCCU.

The whole theme of the movie is to break from bad establishments, but it doesn’t really hit home for me. For Harley Quinn, it’s breaking away from the Joker, her former boyfriend, even though they don’t show the Joker being abusive like he is in other media towards Harley. All we see is Joker kick her out. I felt we could have explored the actual abuse of Harley Quinn. We don’t really see it in this movie or in Suicide Squad, when in other media this character has been hurt by the Joker on so many levels. I thought that since this was a R-Rated film, they were going to go there, but they didn’t. I felt that could have made Harley Quinn’s emancipation, as the film likes to call it, way more rewarding and would have given a great representation of an abuse victim moving on and becoming their own person. Not letting the abuse define them. But no, they didn’t.

For Black Canary, she is supposed to look like a bird trapped in a cage to Black Mask. But, she gets paid and isn’t trapped. She has her own apartment. She just has to deal with a crazy boss like everyone else who is employed under Black Mask. The only way I see her trapped is that if she tries to leave, then Black Mask might try to kill her.

The only one we actually see that is in a bad establishment is Renee Montoya who is constantly undermined by the Gotham Police Department and does not get credit for the work that she does. But, she also has a serious drinking problem that doesn’t get addressed and is played for laughs.

Huntress and Cassandra Cain don’t really get that much development other than that Huntress has a backstory essential to the plot and Cassandra is almost a plot device in the movie.

The one biggest complaint I have about the film and why the film wasn’t as popular as everyone thought it would be, is the R rating. I feel as though the filmmakers didn’t realize that the main target for these kinds of films are teenagers. Some people may point to Joker(2019) being an amazing success financially even though it has a R-rating, but Joker is a beloved character that has been around since the 1940s. While Harley Quinn made her first appearance in the Batman Animated Series in 1992. She is still new, so she doesn’t have the following like other characters. Not to mention, that the Birds of Prey as a group are not as well known as the Justice League or the Avengers. The R-rating only feels like it’s there for the constant f-bombs, some bloody scenes, and a death at the end of the movie. All of those could have been cutted out, and the movie would have been okay at a PG-13 rating. If it had that rating, it would have met more success because the fans of Suicide Squad(2016), who are mostly teenagers that were introduced to Margot Robbie’s version of Harley in that film, would have been able to see it.

This movie would be for someone who just wants to have a good time and just needs something new to watch during these hard times. If you like Harley Quinn, then this movie is definitely for you. But, if you are a Birds of Prey comic fan who wanted to see the actual group come together, you will only get a few scenes of that. All in all, I felt the film could have been more, but it shows that now the DCCU won’t be making absolutely terrible films, but mediocre ones that can be enjoyable. You can find Harley Quinn: Birds of Prey on Amazon Prime for $5.99, YouTube for $19.99, and other streaming services. All in all, I give this movie 3.5 out of 5 stars.