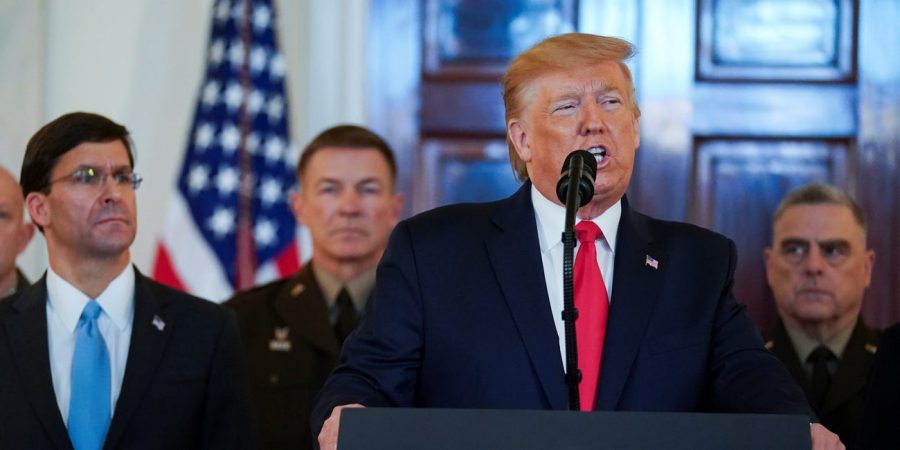 This week, Congress will resume debate on the War Powers Resolution to limit President Trump’s war powers relating to the U.S.-Iranian crisis. There are beliefs that this agreement either can help avoid conflict with Iran or this agreement can do more harm than good, but overall both American and Iranian citizens seem to want peace.

In reaction to the U.S.-Iranian conflict, College Prep Social Justice/Equity Instructor Heather Ingraham said, “I really do think citizens here and citizens there want to love their families and go to work safely.”

According to New York Times, Republican Senator Susan Collins of Maine said, “Congress cannot be sidelined on these important decisions…only the legislative branch may declare war or commit our armed forces to a sustained military conflict with Iran.” She supports this statement because she wishes to de-escalate the U.S.-Iran crisis.

On the other hand, Democratic House Representatives Elaine Luria and Max Rose agreed that the War Powers resolution gives a bad impression that the U.S. is clashing with Iran, but say there is no war with Iran. They both wrote an opinion piece on how they felt towards the resolution. According to New York Times they said, “We voted against the War Powers Resolution that the House passed this week because it merely restated existing law.”

They voiced their concerns about how much Qassim Suleimani posed as a threat and that Trump’s actions are valid to avoid Iran’s nuclear ability. They also wrote, “We are not at war with Iran.”

51 votes of Congress are necessary to pass the War Powers resolution according to Wall Street Journal and the resolution says that President Trump needs Congress’ approval to send U.S. troops into combat along with more limitations.