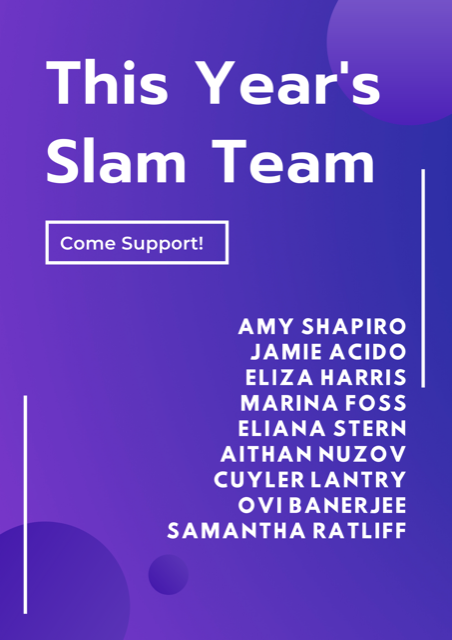 This year, for the first time in Niles North history, the theatre department has collaborated with Dance Marathon to hold a ticketed performance of the Shakespeare Slam team’s “Dream Round” scene to benefit the School Chest’s charity, Apna Ghar.

Yesterday evening, the regionally ranking slam poetry team performed their piece “One Day’s Error” to not only raise money for Apna Ghar, which works with immigrant women and families who are victims of gender-based violence, but to start a discussion about what it means to consent in a relationship. The piece depicts that the moment in which a partner doesn’t say “no” does not mean the answer is “yes”.

This 5 minute piece was developed over the last few months using only lines from Shakespeare’s Comedy of Errors and the team’s creativity.

Shakespeare Slam is a competition hosted by the Chicago Shakespeare Theatre as an event to celebrate the work of Shakespeare and to use theatre as a way to unite young people across the Chicagoland area. 40-50 area wide high schools compete by creating 2 5-minute scenes that use anywhere from 2-8 actors, up to 8 chairs alone.

“The performance was thoughtful, and certainly garnered some emotional reactions,” Slam team member and senior Eliana Stern said. “Though I was unable to perform myself, I take pride in all the hard work that went into making this happen.”

As the show was a success, DM and the theatre department plan on working together in the future to potentially offer opportunities to involve students and staff in raising money for the School Chest’s primary and secondary beneficiaries, Apna Ghar and the Education Foundation.