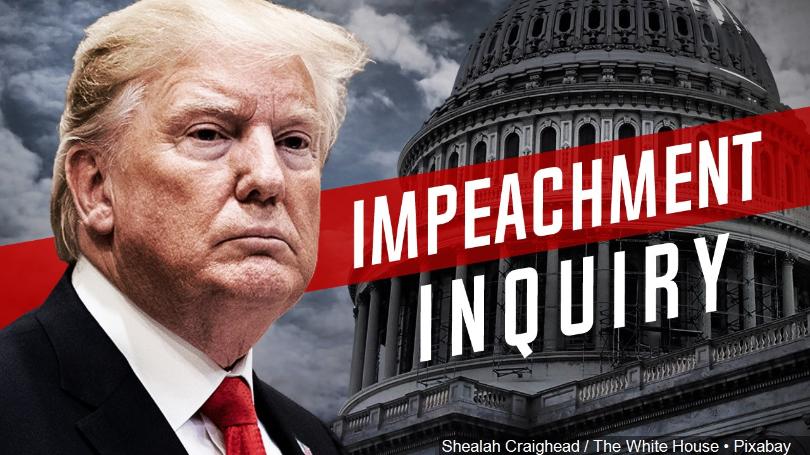 Two articles of impeachment have been brought against President Trump:  Obstruction of Congress for blocking testimony, and refusal to provide documents after subpoenas were filed, and abuse of power for pressuring Ukraine’s President Zelensky to help him with the reelection process.

In the weeks to come you can expect a vote in the House of Representatives which will determine whether or not the impeachment moves over to the Senate to hold the trial which will determine whether or not the President is removed from office. This removal from office would not entail jail time or any other such punishment, as that would be handled in a state court after the holder of the office has been removed. The House vote needs just a simple majority to pass to the Senate.

At this point, the Democrats control the House, with a 233 to 197 majority which is enough to pass the impeachment to the Senate. However the senate is currently controlled by the Republicans which needs a supermajority or 2/3 majority to pass. This would require 19 Republicans to vote in favor of impeachment leading to a supermajority of 66 out of 100 members. This is also assuming that every single Democrat in the Senate chooses to vote in favor of impeachment. Only the next couple of weeks to come will tell what will happen during this tumultuous but historic time in American politics, and how it might affect the coming election in 2020.