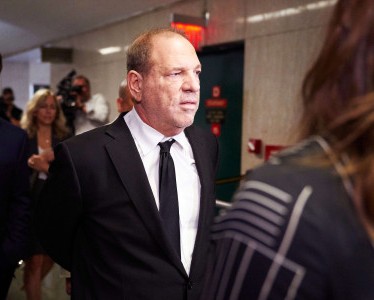 Harvey Weinstein settled to pay $25 million to her accusers, amidst scrutiny from prosecuting attorneys. Weinstein will appear in court again on Jan. 6, 2020.

On Dec. 11, Harvey Weinstein, the former movie producer, agreed to a $25 million settlement which more than 30 of his accusers, mostly actresses and ex-employees, have approved. Weinstein has been accused of sexual harassment, sexual assault, and/or rape by more than 80 women.

In his deal, the accusers’ identities were promised to stay anonymous while Weinstein pays nothing. Legal action may have progressed, but anger erupted due to the $25 million.

Weinstein may be settling, but the lawyers going against him won’t settle down.

“This is the worst settlement I’ve seen in my entire career,” lawyer Douglas Wigdor said. He is a lawyer for three of Weinstein’s accusers. Other lawyers who represent the victims believe the number is too low and believe the amount doesn’t compensate enough for the victims.

The deal divided by 30 people would result in about $800,000 each person. There are some women who are promised $500,000 each, while other victims are unsure about the amount they can get.

The result caused an uproar, but it doesn’t stop there. He believes that he has benefited women.

“I made more movies directed by women and about women than any filmmaker, and I’m talking about 30 years ago,” Weinstein said 5 days after the settlement according to CNBC. “I’m not talking about now when it’s vogue. I did it first! I pioneered it!”

Weinstein’s  insurance companies represented his company, the Weinstein Company, to pay for this payoff arrangement. In this deal, he isn’t required to admit nor confess to his unlawful behavior, according to Times.  Although, this agreement has been proposed by both parties, they must await for court approval.

Weinstein’s  legal battles continue as his trial is scheduled on January 6 in 2020. He is charged with 5 accounts of sex crimes made up of a criminal sexual act, 2 charges of sexual assault, and 2 charges of rape according to Vanity Fair.

Weinstein’s bail increased from $1 billion to $5 billion because of claims against him tampering with his electronic ankle monitor, according to USA TODAY. Prosecutor Joan Illuzzi claimed he left a required piece of the bracelet at home which makes him unable to track. Weinstein opposed and claimed that there were “technical glitches.”

An anonymous Niles North student who has experienced sexual abuse and sexual assault responded to this incident. “Weinstein should be sensitive with his words,” she said. “Just because someone does something nice for you, that doesn’t mean their evil doings should be forgotten.”

There is a National Sexual Assault Hotline for those who have been victims of sex crimes. Call 1-800-656-4673. Students can also go to student services to talk to social workers for aid in the 1000 hallway.