Niles North boys basketball makes their mark in the conference 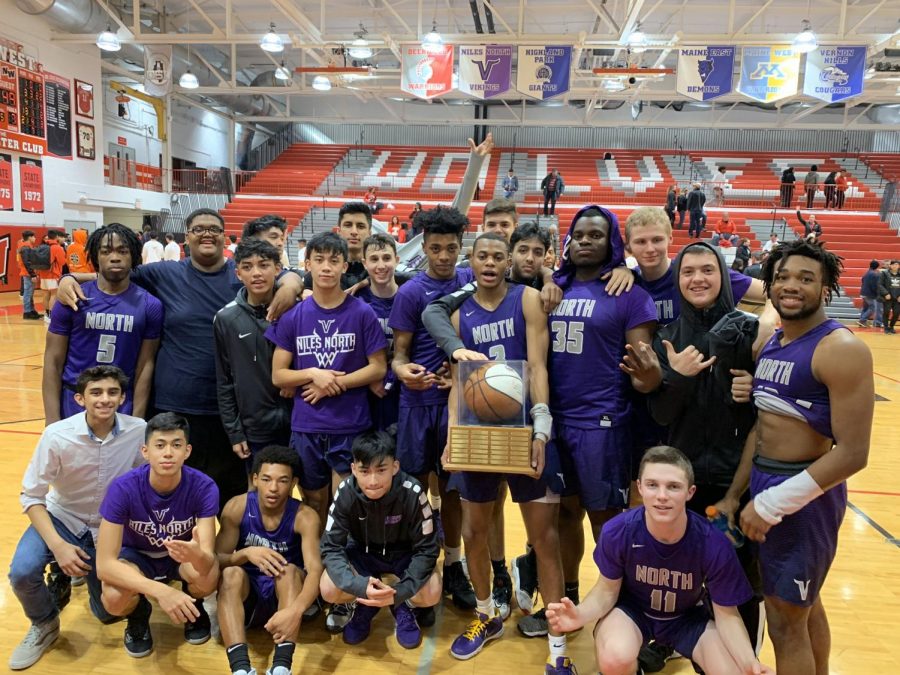 On December 3, the boys basketball team beats rival Niles West in a close game with a score of 49-46. This win allowed for them to keep the North vs West trophy for the 4th year in a row.

Later on that week on December 6, the boys won a huge conference game against Deerfield High School 50-47.

The boys also defeated Joliet West on Sunday, December 8. Joliet West was an undefeated team but that did not faze Niles North. Senior, Aquan Smart led the game with a career high 38 points. He scored 18 points in the 4th quarter which put the Vikings back on top.

The boys team is currently off to a very good start and hope to continue to have a good season.

The Niles North varsity basketball team has their first home non-conference game vs. Amundsen (Chicago, IL) tonight at 7p.m. Make sure to go out and support!