Editorial: Why we should stop supporting “Influencers” 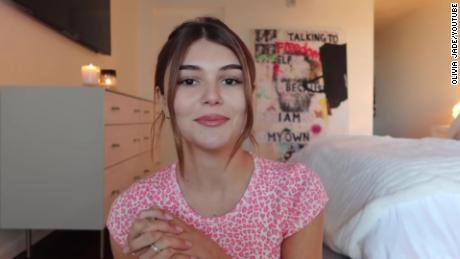 It’s the word we, as high schoolers, hear almost every day, the word that we are working endlessly to get accepted for, and the word that will eventually become our future. So to hear about a highly entitled celebrity who reaps the benefits of a scholarship to a top university without having to do any hard work, while seniors today are awaiting college acceptances, is pretty soul-crushing.

These types of situations wouldn’t be on the news lately if it wasn’t for an incident that happened earlier this year concerning social media influencer Olivia Jade and her scholarship to USC. Earlier this year, Jade and her parents were found guilty for faking test scores and a fake rowing scholarship, with fake rowing pictures to supplement. Her parents paid $500,000 in order for Jade to secure a spot, meaning that someone who rightfully deserved the spot was denied admission.

Four months go by, and Jade comes back with a YouTube video titled “hi again.” Jade explains in the two-minute video that she couldn’t talk about legal issues, but she could talk to her audience about her feelings.

“Though I’m terrified to make this video and to come back, I know that I also want to start taking smaller steps in the right direction. This is the best I can do and I want to move on with my life,” Jade said. “It’s so hard because I’m not trying to make this about me or how I’ve been because that’s not the point of this.”

Despite negative reactions, many friends and fans of Jade still support her on social media, claiming that what she did was simple mistakes and that it wasn’t her fault, it was her parents’ fault.

However, these statements push a victimization mindset. If it wasn’t Jade’s fault for her own wrongdoings, who would be to blame? She’s a full-grown adult; to keep a child sheltered their entire life does not make sense, especially in this day and age. To add on, excusing Jade’s behavior would only cause even more problems with her inflated ego further on. Jade is NOT in a minority. She’s white, grew up in a wealthy environment with little to no problems, and had everything given to her on a silver platter.

She hasn’t had to face the amount of pressure everybody is putting on us: from our parents to our teachers, to ourselves. To us, the college application process is putting our entire life’s work on the line to have even the smallest chance of getting into our dream school. Her parents have expressed that they want their kids to go to USC, but probably didn’t have the credentials to do so, so she took the easy way out.

Jade should consider apologizing to the public. The situation was already made public, so she would have to end it by addressing it publicly in order for her reputation to be saved. Also, there has never been a time when a YouTuber or an influencer who genuinely owned up to their mistakes and made it a goal to change for the better got bashed on. Most of the time, influencers get bashed on the internet for having a massive ego.

Basically, we, as high schoolers, should stop supporting these kinds of “influencers” that have the money and the power to take rightfully-deserved spots in these prestigious universities. Nowadays, anybody with a good fortune and a respectable amount of social media clout can become so entitled to the point where they believe they’re above the law. It’s important that these individuals take these types of scandals with a grain of salt and try to improve, not just for the internet, but for themselves.