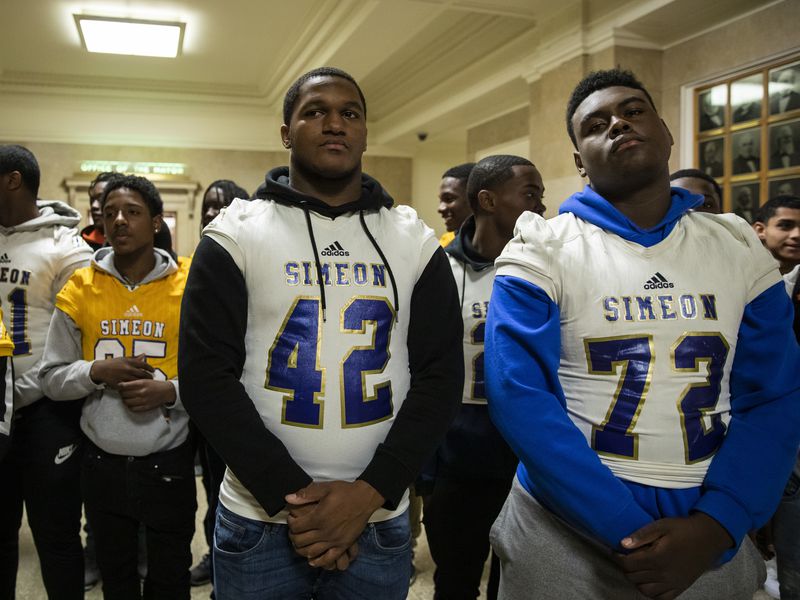 The Chicago Teachers Union strike ended on October 31 and the court ruled on Friday November 1 to allow for many football and cross country runners to compete in sectionals and state.

According to the Illinois High School Association policy, many Chicago athletes were not able to participate in playoffs and competitions while the Chicago teachers union strike was going on. They were lucky enough to be able to compete at the last minute.

However, soccer, volleyball and tennis were all teams that were unable to compete in the postseason.

On Oct. 25, Cook County Judge Eve Reilly ruled against athletes from Jones College Prep who filed a lawsuit in hope of being able to participate in tournaments because it isn’t fair and it is wrong and that there are potential dangers of having school facilities open but not adequately staffed according to ABC News. There are clear IHSA rules in place that prevent teams from participating while on strike, and rules that require participation and qualification in preliminary rounds to advance in our State Series tournaments according to ABC news

Also, The IHSA Board of Directors took action on Friday, November 1   on an appeal filed by the Simeon Career High Academy’s football team in an effort to compete in the state playoff competition. Simeon holds a 6-1 record, and has only played seven games this season because of a game that  got canceled and a game that also got canceled because of the strike.

The IHSA has already approved 19 CPS football teams to compete in playoffs scheduled on Saturday, November 2.  Simeon as one of them, dominated Lakes High school 34-3 in the first round of the 6A playoff.