Passion, dedication, and motivation: June Bering brings it all to the court 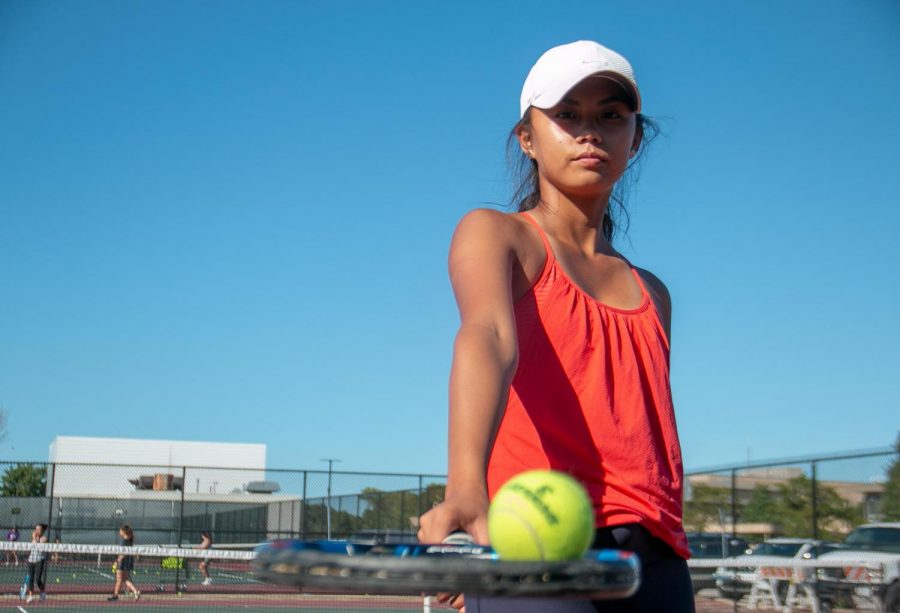 The gritty concrete court snags the rubber bottom of her shoes. The four o’clock sun beats down on her face. Athletes grunt throughout each swing. The distant hum of the Edens expressway buzz through her ears. On the opposite side of the court – ten feet away – stands a longtime friend. That space has sprawled into miles as the friendship has dissolved into an opponent-against-opponent match. “Watch that backhand,” yelps her coach.

June Bering coached by Andrew Klamm warms up at the tennis court near the south end of the school.

Bering is currently in her senior year of high school playing on girls varsity tennis team. She was introduced to the team through a friend.

“I didn’t know how to play tennis at first,” Bering said. She got into the sport through a friend and decided to try it, so that day she showed up to practice and her passion for the sport began.

She has transitioned to being on the varsity level since sophomore year. She currently has an 11-4 record as of this season.

“For this season she worked really hard this summer and has been one of the most successful players we have,” Coach Klamm said.

When asked about her goals for the season, Bering said, “Hopefully to beat West, and to place in conference… it’s up to New Trier in how good they are this year.”

If you want to see June play in her next match, watch her on Sept. 17 at Niles North against Maine South.